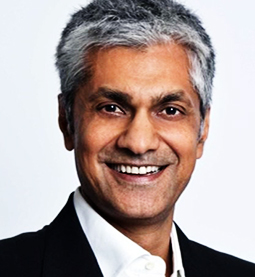 Deven Dave is an Entrepreneur and Investor, he is the Executive Director, M Young Centre of Entrepreneurship & Venture Capital, Deven is the Founder - Managing Director of Whitefield Ventures Inc. He was the Senior Consultant at AMEC from 2008 - 2010

He holds a B.Sc. and M.Sc. degrees in Architecture, and Post Graduate Diploma in Russian Language. He was the Executive Vice Chairman, GeoQinetiq Limited from January 2008 - December 2017 and Chairman, Advanced Building Technologies Limited. He is a Sloan Fellow 2018-2019 (Leadership and Strategy), London Business School, University of London, United Kingdom. He is also the General Secretary of the National Think Tank for Nigeria.
View more

We meet the needs of our consumers in a sustainable manner, by strictly and constantly innovating and auditing our value chain to give quality products and services at a competitive price.